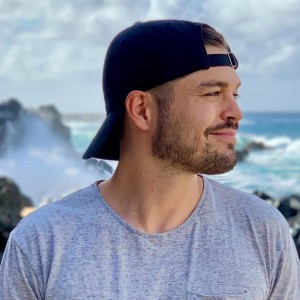 I Hate (Love) Parkour Because I Suck At It

FOREWORD: I recently completed a 30 day movement challenge in which I worked on something I was terrible at every day for a month. I also posted a daily video of my practice so that I could track my progress and hold myself accountable. The weakness that I addressed was twisting but I want to challenge you to do the same thing for your own weakness. If you decide to take part, let me know how it goes for you! Please check out the video compilation of my month as well as the blog post below. Good luck!

One reason that I’ve stuck with parkour for the past 10 years is because I constantly feel like I suck at it. It is both infuriating and captivating to me when I can’t do something well. And this happens to me perpetually in parkour. There is always something bigger or more complex to keep you humble.

I have to admit, many things in life have come easy to me. School was a game that I was naturally good at. I’m not particularly proud of graduating from high school as valedictorian because I feel like I coasted through 4 years of basic academics. In athletics, I excelled at soccer for 10 years only to trade it away for a helmet and shoulder pads in high school (yep, the photos above are both of me). The transition was hard at first, but after 3 years, I earned my spot as a starting wide receiver on the varsity football team. However, I didn’t enjoy it enough to continue as a senior and so I gave up football for parkour. And that’s when I fell in hate (love) with the first thing in my life that felt incredibly difficult. At this point in my life, I only climbed a couple times, I never attempted to dance, and I couldn’t do a single flip, even on a trampoline. I understood little about the movement that my body was capable of, but I was determined to get better.

When I was a parkour newbie, I sucked at rail precisions. After mostly avoiding them for my first year, I finally decided that my lack of skill in this area was unacceptable. So I built a couple portable ground rails to keep in my basement. I started with the rails 6 feet apart and did 100 precision jumps every day for a month. I even created a system of grading the landings and recorded every single jump on a spreadsheet. Over days and weeks, I watched my percentage of bad landings decrease and when they were eradicated, I made the gap slightly bigger. Even though I feel like I still suck at precisions, this is how I initially overcame my deficiency.

While I am a huge proponent of addressing weaknesses, you have to understand that it is mentally exhausting to live in the place that you find most difficult. Over the years, I’ve fallen into phases where I only focused on my strengths. Injuries, self-comparison, and laziness have all wreaked havoc on my journey to becoming a well rounded movement artist. On the contrary, they have also given way to self-discovery and new found strengths. A miserable year and a half of runner’s knee resulted not only in knee surgery but also some damn good human flags and muscle ups. I took a single tumbling class when I was 4 years old. All I remember is what the room looked like and that I hated the class. I took a single martial arts lesson when I was 6. All I remember is that there was one kid named Ross who was a jerk to me and so I never wanted to go back. For whatever reasons, my life led me down a path of team sports. I don’t regret this at all because I love team sports, but it’s safe to say that some things in parkour would’ve come more naturally to me if I stuck with gymnastics or martial arts. While team sports helped me run fast and jump far, they also resulted in a lack of flexibility and air awareness.

When I started parkour, I sucked at flips. I still think I suck at flips. It took me a couple baffled years and several neck traumas to learn backflips. But I was determined to learn and since then, I’ve amassed an arsenal of many basic flips and a few intermediate ones as well. Which leads me to my all-time biggest elephant in the room of human movement. I’ve reached at least an intermediate level in virtually every other type of parkour movement except for one. Quadrupedal movement, landings, falling, balance, jumps, vaults, wall runs, brachiating, climbing, and flipping are all a large part of my practice. My obvious area of neglect that went ignored and unaddressed for a decade is twisting. I’m talking stuff like front halves, b-twists, back fulls, and corks. We’ll come back to this soon.

In November, I brought out Daniel Arroyo to lead some workshops at our gyms in Denver, Boulder, and Loveland. Having never met Danny before, we got to know each other over lunch at Illegal Pete’s. As I learned more about Danny and his beliefs, he acknowledged that he hadn’t been training parkour a lot lately. Instead, he was focusing on doing the things that he was not already good at. Things like juggling, music, and self-education in a variety of subjects. At this point in time, he was finding inspiration and revitalization in areas less familiar than parkour. This resonated with me because I felt a minor lull in my own training at the time. I didn’t feel like I needed to step completely away from parkour, but I did need a break from my current training which was focused completely on my own specialties.

A month later and inspired by Danny and people like Kent Johns and Christian Fairfax who have been killing it on the daily parkour video posts, I made a confession on my Facebook page:

Ryan Ford of 2005, the parkour newbie who tracked the landing quality of 100 rail to rail precision jumps every day for a month, would be both proud and disgusted. Flattered that I am imitating his grand idea. Disappointed that even though I already learned this lesson, it took me 10 years to address my twisting problem.

I did it. I practiced and filmed a twisting video every day for over a month. Because I knew next to nothing about twisting, it was incredibly frustrating but also rewarding. Amongst the new skills that I learned were front halves, corks on the AirTrick, standing back fulls ALMOST on flat ground, some slick bar skills, and a variety of fun moves into the foam pit. Most of these tricks were tricks that I had never attempted until this past month. Additionally, I now know the biomechanics and progressions well enough to teach somebody else how to do some tough moves. Some days were easy and I accidentally learned new tricks or leveled up my existing ones. Other days, I pushed through long, humbling, midnight sessions until I had at least one small epiphany.

At first, I was embarrassed about struggling in front of my peers at the gym and to the thousands of people who saw my daily videos. But within the first week, something really cool happened. Even though a few people belittled me for struggling at something basic to them, most people were STOKED that I was openly documenting something that I sucked at. They supported me in all my failures and successes. Hundreds of people gave me advice and encouragement on my videos. Several people even made videos specifically to help me out on whatever I was working on. People privately told me how much they appreciated seeing my ugly side of parkour. Parkour is more about the trials and tribulations than it is about the triumphs. Unfortunately, it’s rare to see this behind the scenes perseverance on an Internet overloaded with polished showreels and samplers.

How many times have you watched a sick, new parkour video with some of your friends and somebody says something like, “Welp…I quit! I don’t even know why I am trying. I could never be that good.” These highlight videos are causing us to forget that everybody struggles with fear, laziness, and plateaus. Everybody bails and fails. Don’t feel sorry for yourself because something is hard. Don’t think you are alone. You’re not the only one who gets scared. Don’t be afraid to embrace the less glamorous side of parkour.

So here I am, 10 years into my parkour journey and still making major breakthroughs in my own movement. What’s your elephant in the room of movement? And what are you going to do to get rid of it?

Ryan Ford is the author of Parkour Strength Training and founder of ParkourEDU & APEX School of Movement.